In 2014 a team of legal professionals established The Law Man Group, combining their range of experience and expertise to create a client-focused approach to the tedious personal injury litigation process. We have grown to expand our practice areas, including Worker's Compensation and Business Services: counseling entrepreneurs and small business owners in potential liability.

At LMG our mission is to serve clients on a personal level, we've created a concierge experience to navigate the sometimes daunting legal process, and strive to exceed five-star standards in handling your case.

While in law school, he was a Dean’s Scholar, Jonathan Sobeloff Memorial Scholar, and was on the Pro Bono Pledge Honor Roll. Shawn served as editor and a contributor to The Georgetown Journal of Legal Ethics and participated in the Law Student Clinical Honors Program in the California Department of Justice for the Business & Tax section. He also served as an extern to the Honorable Judge Ellen Carroll in the U.S. Bankruptcy Court for the Central District of California.

Shawn is a licensed real estate agent and a member of the American Bar Association and the Los Angeles County Bar Association. Shawn is licensed to practice law by the State Bar of California. 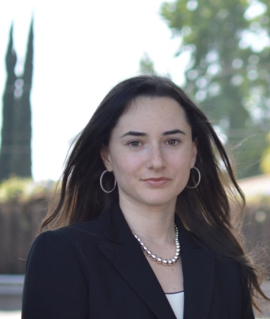 Elisa Gozarkhah is a founder and managing director of The Law Man Group. Elisa's practice includes helping victims of personal injuries, as well as family law, and workers' compensation. She also has experience working as criminal defense counsel.

Elisa is a member of the Women Lawyers Association of Los Angeles and regularly volunteers at the Harriett Buhai Center for Family Law.